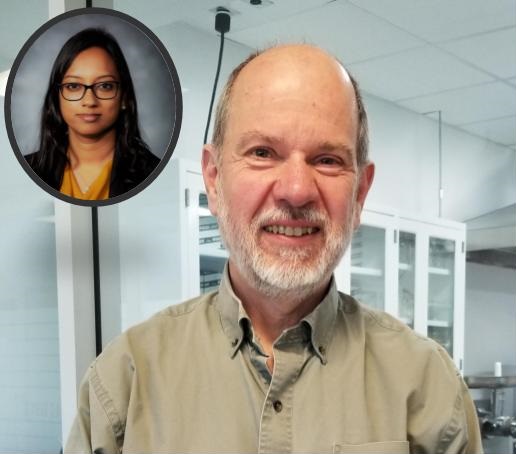 I am a Senior Research Scientist at Environment and Climate Change Canada (ECCC). My general area of expertise is Environmental Chemistry. Most of my research has been on environmental measurements of organic pollutants particularly in the Arctic, although I have been involved in quite a few studies of contaminants in the Great Lakes and in the Athabasca oil sands. In 2018, I received the WG Weston Family Prize for Lifetime Achievement in Northern Research.

I obtained my PhD in Agricultural Chemistry from McGill University (Montreal, Canada) where I studied herbicides like atrazine and DDT, as well as PCBs. That is also where I learned extraction methods that are still in use today. Following my PhD, I joined the Department of Fisheries and Oceans (DFO) at the Freshwater Institute in Winnipeg, Manitoba, which is where I met my initial mentors and collaborators. At DFO, I was well-supported in terms of availability of technicians and instrumentation, as well as overall good management support. My first PhD student, Mark Servos, who is now a Professor at University of Waterloo, did his research at Experimental Lakes Area where David Schindler was the senior scientist. Subsequently I collaborated with Dave on several other projects, notably Karen Kidd’s study of pollutants in Lake Laberge, Yukon. However, in 1995, there were major federal cutbacks that caused a lot of uncertainty at DFO. As a result I moved to Burlington, Ontario in 1997 to take an opportunity with ECCC’s Canadian Centre for Inland Waters (CCIW) which was not under the same pressure of cuts as DFO at the time.

My initial supervisor at DFO, Lyle Lockhart, encouraged me to attend SETAC meetings early on in my career, even offering me to go in his place. I started attending SETAC regularly starting in 1979 and that network greatly influenced my career growth in terms of the scientific point of view, as that is where I met a lot of my future mentors and collaborators such as Don Mackay, Phil Howard, and Ross Norstrom (from whom I learned about dioxins in arctic animals). It is at SETAC that I received a lot of feedback on my work, and this gave me a good international perspective. After arriving at ECCC, I also developed welcoming and fruitful collaborations with Keith Solomon and Scott Mabury, which helped propel my career.

I don’t tend to dwell on the obstacles, but if I had to mention one, it is the challenges I have faced in maintaining good relationships with administrators and managers within the government. Also, under the Harper administration, we were frequently not permitted to speak to media about scientific publications, not even science journalists. We had to submit everything for approval before we could comment on anything. Previously we had been quite open. For example, my paper on brominated flame retardants in polar bears in 2006, had received a lot of media attention and I was interviewed over 20 times for print and radio. However, 6 years later, after the Harper administration brought in a tighter policy, the media office was asking me if I had training. Overall, the restriction affected ECCC’s reputation as well as attendance at conferences, but fortunately, not the scientific output.

One thing that comes to mind is balancing career and family, especially in earlier years when men did not take as much part in the balance. In terms of gender ratio at ECCC, I believe the ratio is close to 50/50 now for scientists (although that may not yet be the case for research scientist category), so hiring biases is not as much of an issue, but that is a more recent phenomenon; in the 90s when I was mid-career, fewer woman were in sciences. It was a time when you wouldn’t hear of men taking time off for parental leave. Even now, mothers make the biggest commitment and this can impact their productivity.

b) Choosing male vs female candidate

I look for the quality of the scientist, who they’ve worked with, the publications from that group, and recommendation from previous professors. If there is a large gap in employment record then that comes into play but wouldn’t be a deciding factor as long as there was an explanation.

I wouldn’t say that I have taken a different approach, but I’ve been lucky enough to get highly motivated people. I mostly don’t get too social or personal with students and mentees, and this has worked well in terms of building strong scientific relationships. I remember earlier in my career in Winnipeg, the work space encouraged social gatherings, and so we socialised at work a lot and there was no gender disparity and it encouraged team building. However, in Burlington, the meeting rooms are scarce and hard to book, which doesn’t encourage informal team building. In order to overcome this challenge, I keep an open-door policy, and frequently go to people’s offices to talk to them. Meeting them in their ‘turf’ helps make people feel at ease.

I think to ensure their success, you need to provide these women with the tools they need to succeed. For example, I have worked a lot with Dr. Linda Campbell, who is deaf. I am in awe of her ability to operate so effectively as a scientist. She could lip read well, but needed the right tools to continue to work. For example, a white board in the office was useful to allow for communicating through writing. The challenge sometimes was to get support from administration at ECCC. In terms of minority women, I wouldn’t say I do anything different than any other mentee, I try to give them opportunities to showcase their talents and network by sending them to meetings and workshops related to their expertise as much as possible. Even if it meant that I had to get creative about where the funding came from.

That’s an interesting point, and yes, I have noticed in meetings that men tend to dominate conversations and are more aggressive, while women are polite and are better listeners.  But I do see more female scientists now who will speak out when they see an opportunity, such as Miriam Diamond, who I admire for her ability to ask insightful questions. I would say it is important to make an effort to let others know when they do a good job, I try to make a point of doing this as much as possible. Also, your tone of voice determines the confidence level that comes across, and in sounding more authoritative, and this is something that does develop with time as a scientist and project leader. In terms of giving plenary talks, it is importance that your passion comes through, and this means that there is a certain level of ‘energy’ that needs to be put into the talk. One more suggestion, is to try to turn things into a positive angle, and avoid sounding negative. 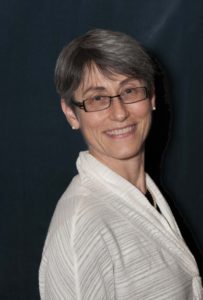 In celebration of the International Day of Girls and Women in Science, join us at Emma’s Back Porch on Tuesday, February 18, for a discussion/workshop with guest speaker Dr. Miriam Diamond, Professor at the[...]